After a difficult fight, client becomes a Permanent Resident

Thanks To President Obama, Guatemalan Woman Will Soon Be A Permanent Resident Of The United States 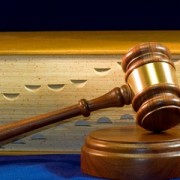 This information is not intended to create, and receipt or viewing does not constitute, an attorney-client relationship.
IMMIGRATION JUDGE GRANTS ADJUSTMENT OF STATUS APPLICATION